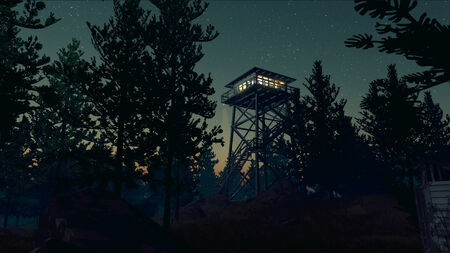 Two Forks Lookout is the fire lookout tower in the Two Forks sector of the Shoshone National Forest.

Two Forks Lookout is located in Wyoming. This lookout is where Henry is based. At some point, it was vandalized by an unknown person, with his Typewriter being thrown from the top and the glass broken outwards, along with sheets being stolen and things generally being messy.